How to Manage Chronic Pain in the Transportation Industry

Garry, a 52 year old Beverage Chemical Manager at US Foods, had not felt like himself in a very long time. Over 30 years ago, he got into a serious motorcycle accident and tore 3 out of 4 of the ligaments in his knee. He has had chronic pain ever since.

A 27 year veteran at US Foods, Garry drives about twice the length of California to New York every month which had really taken a toll on his knee pain. He was not able to go fishing or hunting without his pain restricting him. He thought, “This is it. The rest of my life. It’s only going to get worse from here.” His doctor told him surgery was inevitable.

Chronic pain like Garry’s is prevalent in the transportation industry. In fact, according to a 2018 study in the Journal of Transport and Health, almost 60% of truck drivers experience musculoskeletal (MSK) pain. The manual labor and prolonged sitting required by truck drivers increase the risk for developing and worsening chronic MSK pain. Understanding the nature of transportation work and its connection to MSK pain is the first step in finding a solution for these workers’ pain.

Before moving into his current role, Garry was a truck driver. As part of his job, He had to transport food to and from his truck requiring him to lift about 4,000 pounds every day. After his accident, his knee pain just got worse with continued heavy lifting. Lifting heavy objects without the strength and flexibility needed can make chronic pain worse. Especially when this is a part of everyday life, the pain can become worse and worse if there is no intervention.

Too much sitting worsens pain

Driving 4,000 miles a month means Garry is sitting for a large portion of his days which can lead to chronic pain. The problem is that for chronic pain, resting too much actually makes the pain worse. In fact, movement strengthens joints and helps relieve chronic pain. People suffering from chronic pain often transition to a more sedentary lifestyle. Pain makes it difficult and unpleasant to do daily activities, so people tend to stop doing them. For example, Garry enjoyed outdoor hobbies, such as hunting and fishing, but he began to stay home more due to his pain. When workers feel pain, they should be moving to build strength and reduce pain, especially when they are sitting while driving all day.

Being in a different city each day makes it harder for transportation industry workers to make local physical therapist appointments. According to a study in The National Center for Biotechnology Information, even without specifying industry, the adherence to physical therapy is low due to barriers including low levels of physical activity, anxiety, poor support, and more. Garry found this to be the case after his accident because it was difficult to find time to attend the extensive physical therapy needed to improve the strength and flexibility of his knee. He needed a solution tailored to his lifestyle.

According to OSHA, because transportation industry workers are often sitting for extended periods of time and then lifting very heavy loads, they are susceptible to strains, sprains, soreness and pain. This was true for Garry, but he refused to let his pain limit his lifestyle and definitely did not want to turn to surgery. He enrolled in the Hinge Health program offered through US Foods. He could take the kit with him on the road and completed the program on his own time with ease. Within two weeks, he felt a difference in his knee pain. He said,

“I know I’m not going to have surgery because of what I learned at Hinge Health.”

Hinge Health digitally delivered the 3 pillars of best practice MSK care: exercise therapy, education, and behavioral health. Garry was able to set goals with his health coach, learn that movement is medicine through education, and strengthen his knee and reduce pain through exercise therapy. Not only was he able to feel pain-free at work getting in and out of his car, but he was also able to jump from rock to rock while fishing and walk through the woods while hunting like he was able to do 30 years ago.

Garry has no regrets about starting the Hinge Health program and neither does US Foods, who offers Hinge Health to its 40,000 members. They are seeing 2 out of 3 surgeries avoided, 4x better pain reduction than opioids, and a 48% reduction in clinical depression. Download the US Foods case study to learn more about how Hinge Health helps companies in the transportation industry.

Receive the latest insights and news from Hinge Health Experts 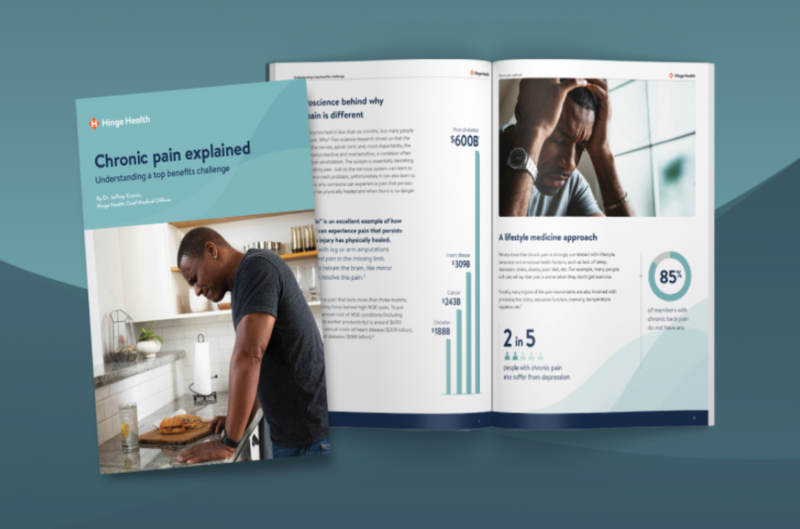 Learn the root cause of chronic MSK pain, the neuroscience behind it, and 3 ways to effectively resolve MSK pain.
Read more 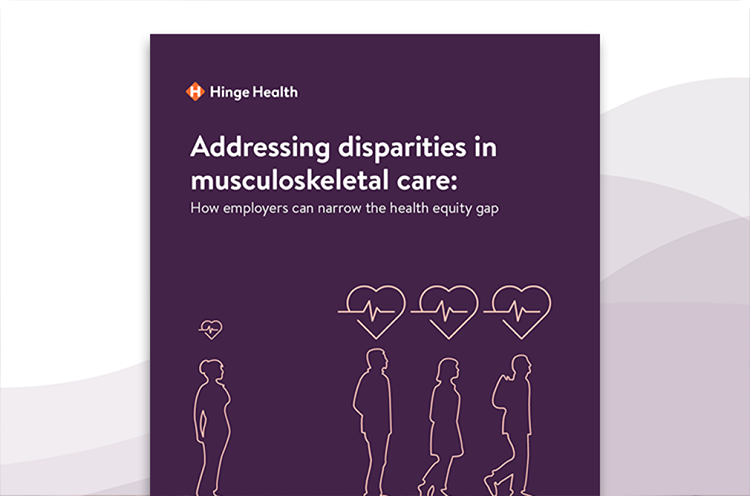